Oh what fun today!  I have been challenged by Anne Ray to participate in picture fun.

The rules for this challenge are – Go to where you store your photos on your computer. Go to the SIXTH folder and pick the SIXTH photo. Post that photo on your blog along with a SHORT story about it. Tag SIX people and leave a comment on their blog or email them letting them know you chose them.

Lucky me it was a picture of me.  Let me tell you they are few and far between.  I avoid the camera like a toothache.  This picture was taken in a hotel that was home to us for 14 months while our house was being rebuilt.  We had three electrical fires in the span of five days and I’m sure you can tell by the picture just how happy I was at the time:)  I was going through stacks of paper trying to figure out and tally everything we had lost due to the fire, which was basically everything but the boys and the dog.  This was fine with us because all of the rest was stuff…never the less it was exhausting and it took it’s toll on all of us.  Mark, my darling hubby, was trying out his new camera and I was his subject…lucky me…just for your viewing pleasure.
The six lucky people I am going to choose are:
1.  Jacquie
2.  Susan
3.  Danni
4.  Shannon
5.  Kim
6.  Danyel

Lili Of The Valley 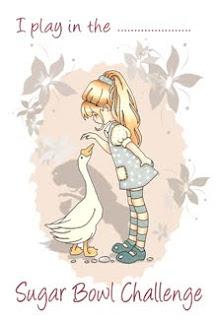 best wishes / biker babe / dance like no one's watching / especially for you / getting old ain't for sissies / happy anniversary / happy birthday / have a fairy happy birthday / I want to be called domestic goddess / if you obey all the rules you miss all the fun / sole sisters stamps $6457.33 supplies $7872.58 handmade Card: priceless / thank you fairy much / they followed me home / think pink / you grow girl /
Loading Comments...